View basket “Perlazoon red (300 g)” has been added to your basket. 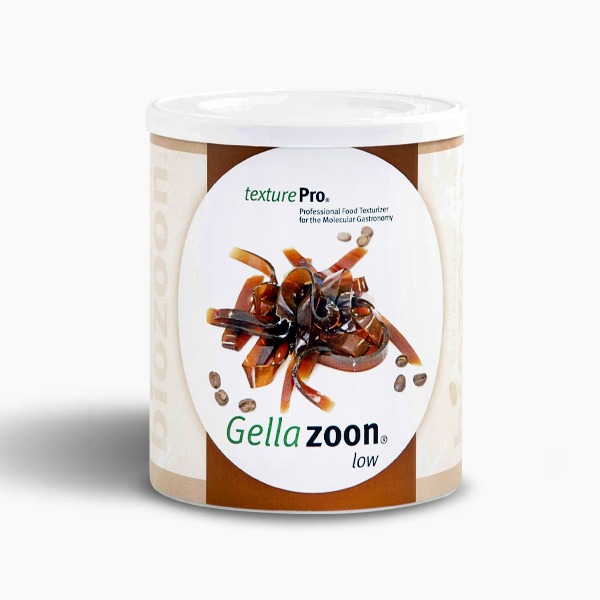 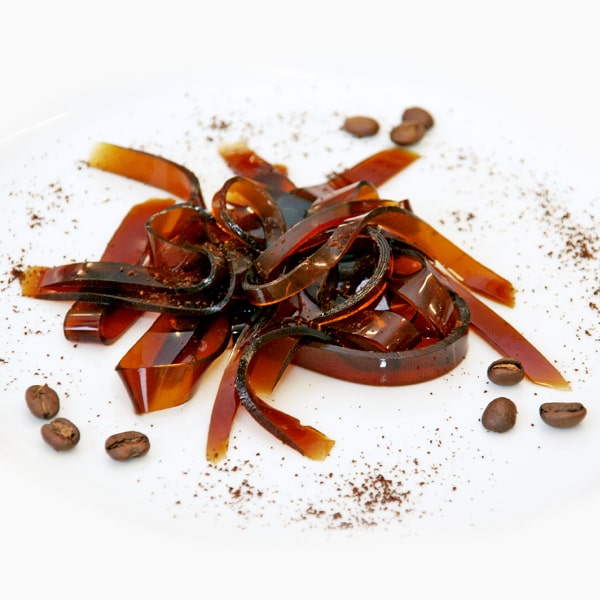 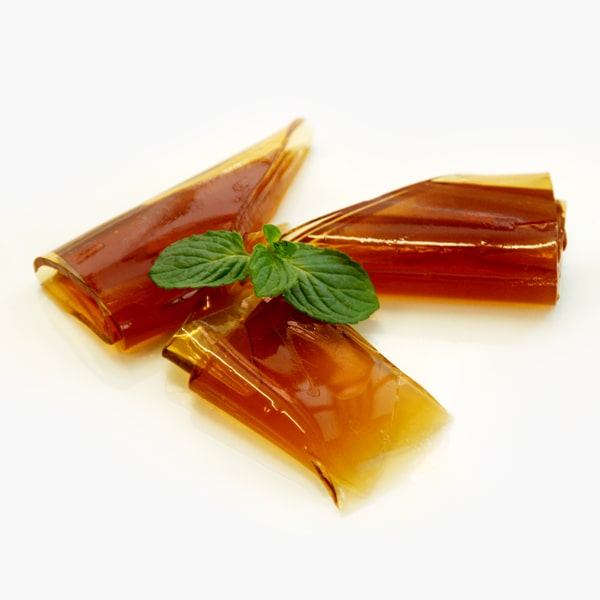 Gellazoon low comprises gellan gum, a gelling agent produced by fermentation. Gellan gum is widely used in the food industry for gelled products, such as desserts, aspic, fruit products and jams, beverages, dairy foods, sugar icings/glazes etc. After heating and cooling, Gellazoon low forms firm gels even at low concentrations (0.5 %) which are characterised by very clear colour and aroma. Gellazoon low displays better gelling and water-binding properties than Agazoon and the elasticity of the gels can be steered by varying the dosage of the gelling agent.

By destroying the firm gels produced with Gellazoon low, e.g. by using an electric blender, smooth textures can be achieved. These so-called liquid gels possess pseudo-plastic characteristics, i.e. the gel is liquefied through shaking and stirring and is pourable. After a longer period of standing, it sets (like ketchup). Particles such as herbs or gel capsules can be suspended in these liquid gels too (see Algizoon).

Use: Instructions for the production of gel noodles: Stir 2 level measuring spoons of Gellazoon low into 100 ml of cold liquid (broth, juice, etc.); stirring continuously, bring the solution to the boil, pour into a mould or as a thin layer, and leave to cool and gel. Cut the gelled layer into narrow strips.

There are no reviews yet.

Be the first to review “Gellazoon low (250g)” Cancel reply